The innumerable ways in which our parents contribute to our physical and mental identities are as complex as they are fascinating.  From the genetic information they share with us to their efforts to mold our values and social lives, it is clear that we owe much of “who we are” to our parents.  But a new study in Nature Neuroscience reveals that our grandparents may also influence us – even before we are born!  Researchers Brian Dias and Kerry Ressler of Emory University showed that an animal’s experience could have substantial impacts on the neuroanatomy and behavioral sensitivity of its offspring in at least two subsequent generations.

The researchers trained mice to associate a particular odor, acetophenone, with a mild foot shock.  These mice that were conditioned to acetophenone (F0-Ace) produced offspring (F1-Ace) that showed heightened sensitivity to the same odor, despite having no previous experience with the odor.  A third generation of mice (F2-Ace) also inherited this increased sensitivity to acetophenone.

When the researchers examined the olfactory systems of the F1-Ace mice, they found that these mice had more M71-expressing OSNs and larger M71-positive glomeruli in the olfactory bulb than mice whose parents were either conditioned to a different odor or mice whose parents received no conditioning at all.  Incredibly, these changes were also observed in F2-Ace mice!  In a slightly anthropomorphized view, these findings suggest the “children” and even the “grandchildren” of mice conditioned to fear the scent of acetophenone display enhanced olfactory circuits dedicated to the detection of this odorant.  This suggests that, in addition to influencing the behavior of animals, experiences can have enduring trans-generational impacts on the neurodevelopment of their descendants.

So how can experiences leave physical footprints in the brains of offspring that are separated from the experiences by two generations?  Figuring that there had to be changes in the genetic material, the researchers analyzed the epigenome of the M71 olfactory receptor geneA sequence of nucleic acids that forms a unit of genetic inh....  They found that this gene was hypomethylated (low levels of epigenetic modification) in the sperm of mice conditioned to acetophenone (F0-Ace) as well as the sperm of their offspring (F1-Ace).  The researchers reasoned that this decrease in DNA methylation could lead to increased expression of M71 in OSNs that causes an expansion of the circuitry dedicated to the detection of acetophenone.

The ability of an animal to adapt to its environment is clearly important for its survival.  Therefore, it is not surprising that the mammalian nervous system is capable of changing to provide an organism with heightened sensitivity to important environmental stimuli such as the odor of a predator or the smell of food.  However, the idea that experiences have the potential to influence nervous system structure and function of an animal’s progeny, without those offspring being exposed to the environment directly, is remarkably curious.  Is it possible that the neural changes observed in this study are the manifestation of a genetic mechanism for the trans-generational sharing of important information about the environment?  If so, it will be interesting to see what other types of experiences can trans-generationally influence the form and function of the nervous system.

Images made by Jooyeun Lee. 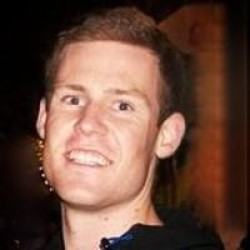 The Society for Neuroscience Annual Meeting 2013

One thought on “The Smell of the Good Ol’ Days”