*Note: this article explores a recent paper that has been reviewed and published in its preprint form, before peer review.

While there is a certain majesty in the convoluted wrinkles and folds of the human brain, there is also a plethora of knowledge that can be gleaned from the brains of smaller animals. The humble fruit fly, for instance, has been the subject of much study and fascination in many areas of biology, including neuroscience. Earlier this year, collaborative efforts across various disciplines and academic institutions have shown just how much we can learn by understanding the small brain of the fruit fly in all its complexity.

One of those efforts was led by a group of researchers at the Janelia Research Campus in Ashburn, Virginia, who have been enraptured with the tiny brains of fruit flies, or Drosophila. This past May, the team released a database of electron microscopy (EM) images that allow us to view the entire brain of a fruit fly, complete with visualizations of synaptic connections and neurons. In order to gain an appreciation for this kind of accomplishment, consider that the fruit fly brain can contain roughly around 100,000 neurons and that the fly brain, while it may seem small, is actually too large for traditional EM techniques and setups. As a result, the team were challenged to develop their own specialized EM setup to compensate for such a unique problem.

“It may be possible that the fruit fly buzzing around your kitchen last month has a slightly different brain than the fruit fly you swatted away two days ago.”

Electron microscopy is similar in concept to the ordinary light microscopes that many of us may be used to. Light microscopes use photons to illuminate a slide, whereas electron microscopes use accelerated electrons in a vacuum. The main difference between the two techniques lies in the wavelength of their particles. Shorter wavelengths means higher resolution, and the wavelength of an electron can be about 1,000 times smaller than that of a photon. Electron microscopes can also accelerate these electrons, and faster electrons means shorter wavelengths (and higher resolutions). Reflecting these electrons, however, cannot be done with the standard lenses that light microscopes use. Electron microscopes instead have to use electromagnetic lenses that emit an electromagnetic field, which can alter the electrons as they pass through the lenses on their way to the sample. For instance, by altering the electrons’ speed and accelerating them, the microscope can beam them right through a prepared biological sample. Magnetic lens and cameras can then analyze the changes in these electrons after they pass through the sample, allowing researchers to see what the sample looks like on the inside. This particular technique is referred to as transmission EM (TEM), and it enabled this study’s researchers to peek inside one special little fly brain.

Using a traditional TEM for an entire fruit fly brain, however, would be challenging. Only sections of fruit fly brains had been imaged before at resolutions high enough to see and trace synaptic connections. However, the sheer volume of the fruit fly brain this research group was looking at would be two orders of magnitude (i.e. 100 times) larger than the next-largest complete brain to be scanned so far. For such a high volume, the team needed faster imaging capabilities, a higher quality of signal compared to background noise, and a more efficient, automated way of performing these scans.

Enter the TEMCA2, a second-generation specialized volume TEM developed by the team themselves and coupled with their robotic system, Autoloader, which was capable of exchanging samples and operating the TEMCA2. Once the robotic and technological infrastructure was in place, the team had to manually prepare 7,062 sections for imaging and post-imaging processing.

Like the pieces of an incredibly large and detailed puzzle, each scanned brain section was then stitched together to create a composite image of the entire brain of one adult female fruit fly.

The data they gleaned over the next 16 months or so was bountiful. Out of a data set that contains about 21 million images, the researchers were able to see clearer images of previously known neural pathways involved with olfactory inputs, neural signals that give information about odor. The researchers also imaged a region called the mushroom body (MB) that is involved in learning, memory, and synaptic plasticity (the ability of synapses to change their strengths). Within this body, these EM scans revealed an entirely new type of olfactory neuronThe functional unit of the nervous system, a nerve cell that... cell type (called MB-CP2). MB-CP2 is unique among other members of its cell type because it receives input from multiple sensory inputs, as well as from certain areas within a region of the fly brain called the protocerebrum (an area typically associated with optic nerves and visual processing in insects).

Although these regions of the protocerebrum require further research, researchers do know that they are innervated by sensory and motor neurons, thus suggesting that the MB-CP2 olfactory neuron may play a part in integrating synaptic input from various sources of stimuli. The MB-CP2 cell also appears to communicate with Kenyon cells (KCs), intrinsic neurons of the mushroom body that are involved in learning and memory pathways, via a pathway previously unknown to researchers. Since MB-CP2 cells appear to integrate information from multiple sensory sources, this may suggest that sensory-linked memory and learning may occur within the fly through this pathway and ones similar to it.

Previously unmapped pathways also became clear over the course of the team’s analysis. They observed KCs involved in pathways with other KCs, as well as with a cell called the anterior paired lateral (APL) neuron. Interestingly enough, studies of the APL have shown its involvement with memory and learning, especially in relation to olfactory stimuli. These findings may once again suggest additional pathways for sensory-based learning, particularly in response to what the fly is smelling at the time.

In addition to uncovering these new cell types and pathways, the processed brain images painted a clearer picture of previously studied structures and pathways, as well. The EM scanning method revealed tight clusters of olfactory-linked neurons in the MB, much more densely clustered than previously expected from light microscopy. The team have suggested that it may be possible these neurons are clustered differently in individual flies. Perhaps such a difference could be linked to differing individual exposures to various olfactory and learning environments. If so, it is possible that each fly’s brain could also be more unique than previously imagined. Such a finding may very well spark a discussion on the individuality of insects, in particular. It may be possible that the fruit fly buzzing around your kitchen last month has a slightly different brain than the fruit fly you swatted away two days ago. Regardless, further research would be required to explore these concepts.

Overall, this composite image of the fruit fly brain allows researchers to look at the bigger picture. Examining the neural pathways of an entire brain could help identify specific neurons and how they contribute to function, behavior, and development. New neural pathways could be studied and pre-existing neural pathways could be better analyzed. One of the most interesting features highlighted in this study is the network of pathways involved in learning, memory, and plasticity. By better understanding these pathways, researchers could gain deeper insight into understanding neuroplasticity and learning in the fly brain, which could very well inform how we think about and understand mammalian brains like our own.

If scanning through some of these fruit fly brain images sounds like an ideal Friday night, then you may be in luck. The dataset from the research, which was published in bioRxiv earlier this year, has been made freely available in an effort to benefit Drosophila neuroscience. It might require a few hard drives, though, considering that the total size of these files is a whopping ~26 TB.

It is important to note, however, that at the time of this article, the paper had been accessed in its preprint form before peer review. Time and corroborating experiments may help to ascertain the true power of this technique, for both known and new neural pathways alike.

To gain some more perspective on brains across multiple species, check out our series of Weird Animal Brains!

“What is Electron Microscopy?” John Innes Centre. Retrieved on October 12, 2017 from: https://www.jic.ac.uk/microscopy/intro_EM.html 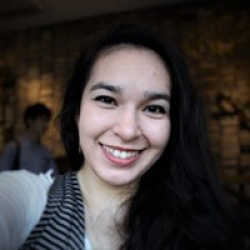 Alexa Erdogan
Alexa Erdogan has been enraptured by final frontiers ever since she was young. It likely explains why she ended up combining her two loves for neuroscience and outer space into the pursuit of a new final frontier: space neuroscience. Outside of research, she tries to share her passion for science with other curious minds using science communication across various media, from print to podcast.

The Slippery Slope of Dishonesty

The Smell of the Good Ol’ Days

One thought on “One Small Map for Fruit Flies, One Giant Leap for Neuroscience”