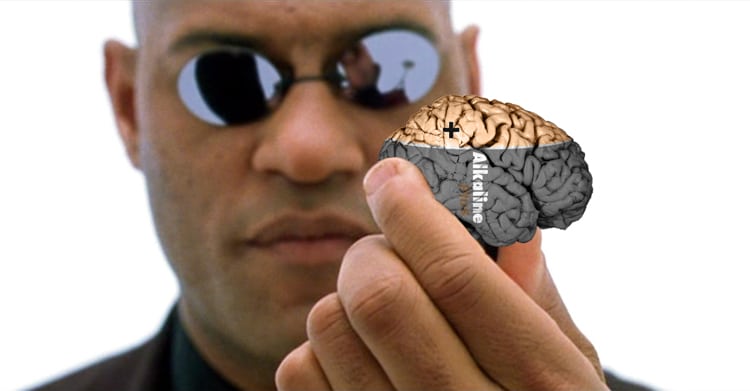 “The human generates more bio-electricity than a 120-volt battery and over 25,000 BTVs of body heat.  There are fields…endless fields, were human beings are no longer born.  We are grown…  The Matrix is a computer-generated dream world, built to keep us under control in order to change a human being into this.”  – Morpheus, The Matrix (1999).

When I first saw The Matrix, I was chilled at the possibility that my whole world was a computer-generated mirage and that the whole reason for my existence was to power a supercomputer with my own bioelectricity.  I was mortified that all of the human race could be enslaved and used as bio-batteries to generate the energy required to fuel a massive, self-aware and highly intelligent computer entity called “The Matrix.”  After some sleepless nights, I was able to put it out of my mind, but I continued to be intrigued by Morpheus’ claim that the human body was essentially a glorified battery.  Was this true or simply some scriptwriter’s idea that provided the foundation for the movie and kept me up at night?

The human brain is a battery, or rather, a collection of approximately 80 billion batteries.  Each neuron in the brain possesses the ability to accumulate a charge across its cell membrane, which results in a small, but meaningful voltage.  The average neuron contains a resting voltage of approximately 70 millivolts or 0.07 volts.  This is quite small when compared to the 1.5 volts in a AA battery or the 115 volts in a wall socket.  What is interesting though, is that although 70 millivolts may seem insignificant, the microscopic scale at which it occurs is fascinating.

When there is a potential difference between two separate points, like the potential difference across the lipid bilayer of a neuron, an electrostatic field is produced.  A great example of an electrostatic field is the field generated between the clouds in the sky and the earth during a thunderstorm.  This field is produced by a difference in charge that develops between the clouds and the surface of the earth.  If this field becomes too strong, a spark of electricity shoots across the gap between the positive and negative poles and becomes lightning!  Now the strength of this field is defined by a simple equation:

where the strength of the field (E) is directly related to the potential difference (Δϕ, otherwise known as voltage) divided by the distance (d) between the poles.  So, in a lightning storm, the electrical field would be measured as the difference in voltage of the earth and the clouds, divided by the distance between them. Lightning is produced when the electrostatic force (E) is around 3 million volts per meter!

How does a lowly neuron, with its 70 millivolts, compare to the awesome power of a lightning strike?  We can simply calculate the electrostatic force across the lipid bilayer to find out.  We know that the voltage across a neuron’s membrane is 0.07 volts and the average thickness of the membrane is 5 nanometers.

ENeuron = 14 million volts per meter!  That’s more than four times the electrostatic force required to produce lightning during a thunderstorm!

Getting back to Morpheus’ claim, I think it’s safe to say that humans really are batteries, and the brain contains more than 80 billion of them.  Even crazier is that each of these batteries contains four times the electrostatic force that normally results in lightning during a thunderstorm!  Perhaps the Matrix was on to something when it decided to use us as its power source!

“This is your last chance.  After this, there is no turning back.  You take the blue pill, the story ends.  You wake up in your bed and believe whatever you want to believe.  You take the red pill, you stay in Wonderland, and I show you how deep the rabbit-hole goes.”

~
Written by Ryan Jones.~
Image adapted from The Matrix/Warner Bros and made by Ryan T. Jones.